First thing that comes to your mind is what? Basketball players showing out on the court, right? Exactly – but we’re turning our attention to the footwear of basketball players today during their games. I’ve noticed for a while now that more and more NBA players have been pulling out some very exclusive sneakers to play ball in. I understand their mentality when it comes to this because when you think about it, the majority of the time that the public eye gets to see them are at these games. Therefore it’s a no-brainer that they will make sure to show off these sneakers, especially when some of them get their hands on a sneaker early or in some cases, players like Ray Allen get their very own sneaker made from their sponsor. Some players choose to go retro and bring out some old school sneakers, while some stay current with the latest releases from Jordans to Lebrons. This is one aspect of the game that I love because I hate seeing players in their regular boring uniform sneakers. Over the past couple seasons, players such as Nate Robinson, Nick Young, Lebron James, Joe Johnson, and Gilbert Arenas have caught a lot of eyes with their footwear eye candy. I salute all of them, and I await the new season to see who’s coming for the crown this season. 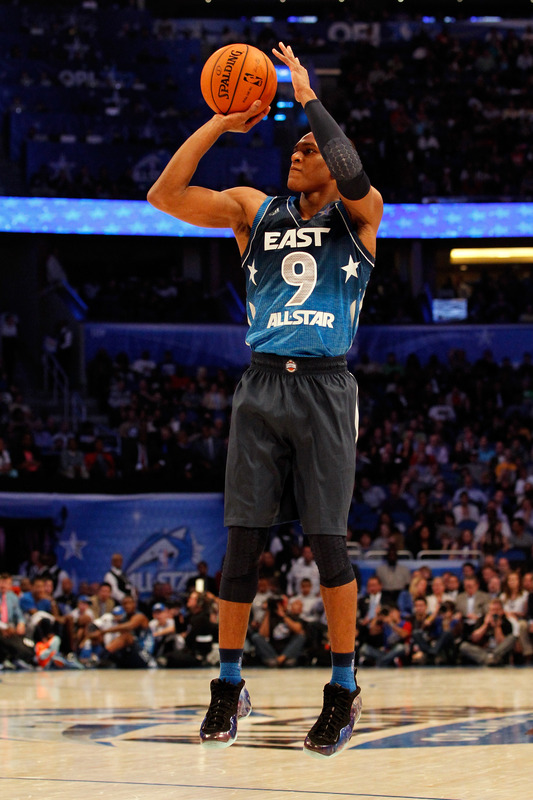